– Bow Down to Supreme God Narayana and his dearest friend Nara (Arjuna).

As stated in the Bhagavad-gītā, the Lord says that His appearance, birth, and activities are all transcendental and that one who factually understands them is immediately eligible to be transferred to the spiritual world.

The Lord’s appearance or birth is not like that of an ordinary man, who is forced to accept a material body according to his past deeds. He appears out of His own sweet pleasure.

At that time, in all directions, east, west, south, north, everywhere, there was an atmosphere of peace and prosperity.

Auspicious stars were visible in the sky, and on the surface in all towns and villages or pasturing grounds and within the mind of everyone there were signs of good fortune. The rivers were flowing full of water, and the lakes were beautifully decorated with lotus flowers.

The forests were full with beautiful birds and peacocks. All the birds within the forests began to sing with sweet voices, and the peacocks began to dance with their consorts. The wind blew very pleasantly, carrying the aroma of different flowers, and the sensation of bodily touch was very pleasing. At home, the brāhmaṇas, who were accustomed to offer sacrifices in the fire, found their homes very pleasant for offerings. Because of disturbances created by the demoniac kings, the sacrificial fire had been almost stopped in the houses of brāhmaṇas, but now they could find the opportunity to start the fire peacefully.

Being forbidden to offer sacrifices, the brāhmaṇas were very distressed in mind, intelligence and activities. But just on the point of Krishna’s appearance, automatically their minds became full of joy because they could hear loud vibrations in the sky of transcendental sounds proclaiming the appearance of the Supreme Personality of Godhead.

On the occasion of Lord Krishna’s birth, seasonal changes took place throughout the entire universe. Krishna’s was born during the month of September (Bhadrapada) yet it appeared like springtime. The atmosphere, however, was very cool, although not chilly, and the rivers and reservoirs appeared just as they would in śarat, the fall.

Lotuses and lilies blossom during the day, but although Krishna appeared at twelve o’clock midnight, the lilies and lotuses were in bloom, and thus the wind blowing at that time was full of fragrance. Because of Kamsa disturbances, the Vedic ritualistic ceremonies had almost stopped. The brāhmaṇas and saintly persons could not execute the Vedic rituals with peaceful minds. But now the brāhmaṇas were very pleased to perform their daily ritualistic ceremonies undisturbed. 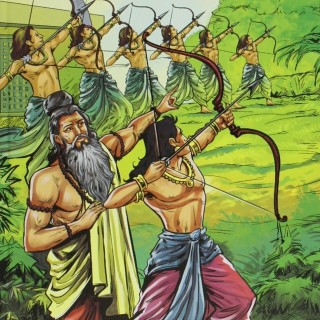